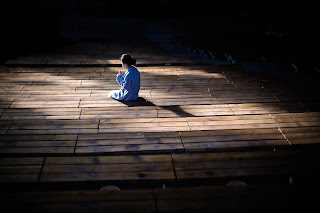 Even before I was cast as Juliet in my tiny rural high school production, I was a theater geek. When we lived in Baltimore, I traveled almost monthly to New York to see a show - often by myself. It goes without saying that I spent this quarantined July 4th streaming Hamilton.

I've seen it onstage before. I may own some merch. I can drop a witty Hamilton reference, and I can spit bars as well as any other mom in car line. But the closeups of this recording added a layer of vulnerability that I had yet to experience.

If you are new to our story, we lost our firstborn 3 year-old son in 2013. Alexander and Eliza Hamilton lost their firstborn 19 year-old son in 1801. We are separated by centuries, but our loss is the same. On an intellectual level, you could argue that the Hamiltons lived in a time with high infant mortality rates, no vaccines, and no penicillin. They were used to death...right? But death, particularly the death of a child, always feels unnatural, shocking, and wrong. Their hearts broke, and they both changed as people as a result of their loss - just like we did.


A Loss Beyond Words?

In Hamilton: The Revolution, Jeremy McCarter titles his introduction to the Hamilton's grief story, "On Losses Beyond Words." Early in my grief journey I struggled to find a vocabulary to discuss my loss. It felt like I was in Latin class again, trying to translate every syllable into this new language of grief.

I remember the silencing gut punch I felt when I heard, "It's Quiet Uptown," the first time. If Lin-Manuel Miranda, a verified MacArthur Genius Grant recipient, can't find the words to discuss losing a child, who the hell am I to try and write about it? If Alexander Hamilton, who lived by his pen, had little to say about the loss of his son, where does that leave the rest of us?

Shockingly, many of the writers and thinkers who shaped my worldview were quiet after losing a child. Madeleine L'Engle, whose feet I sit at more than any other, remained virtually silent about her son's death.

Where does this leave grieving parents today, especially in a mommy culture that values oversharing? Blogging (now vlogging) moms have done great work in previously silenced areas like miscarriages, mom guilt, and self-image. But the moment you mention losing a child, people don't click. No one wants to read it. You and your story are too much for most people to handle online and in-person.

When I first heard the company repeating "unimaginable" in "It's Quiet Uptown" on the soundtrack, I must admit that as a grieving mother, I cringed. This word has been weaponized against me. "I just can't imagine," was hurled at us repeatedly throughout the Visitation. When people say that to my now, I want to reply, "I have to imagine it every day. This is my life now."

"Unimaginable" is a distancing, other-ing word. "Have pity" connotes a public shake of the head, not a hug while I cry. Phrases like, "Well, it's nothing like what you've been through, Melissa..." physically push me away. They don't draw me closer.

My grief counselor insists that people use words like "unimaginable" as a term of respect, noting that there is a difference between losing a grandparent and a child. I can receive this, but I also want people to hear that it makes me feel more alone, more isolated in my grief.

What does it mean that a groundbreaking artistic show cannot "imagine" the loss of a child? That particular word keeps tugging at me. How can a work of such creative genius be quiet when it comes to a loss like mine?

The physical responses of the actors and the mood set by the lighting altered my first response to the soundtrack. But where does this leave me as a writer? I am not a painter, sculptor, or dancer. I communicate through words. Is the loss of my son truly beyond words?

We must have the courage to tell our stories. My first encounters with Hamilton left me feeling surprisingly silenced. Who am I to talk about grief? Who am I to write about the loss of a child?

The closeups of the film version allowed me to focus on the individual responses, not the collective "unimaginable" and "have pity" sighs from the chorus. Their individual heartbreak gives me hope. The community may not have a vocabulary to process your loss - "We push away what we can never understand, We push away the unimaginable." Like Alexander and Eliza, the brokenhearted can look each other in the eye, and take each other's hands to co-suffer.

The pre-grief-version-of-me would have left the theater energized, ready to write like I was "running out of time." On this side of my grief journey, I still feel a profound carpe diem energy when I leave Hamilton, but it comes from a very different place. I want to share my authentic story, not for ambition, fame, or glory, but in the hopes that it might help one brokenhearted mama, and "that would be enough."
Labels: Grief Writing