When you lose a healthy sleeping child to SIDS or SUDC, you lose that feeling. Silent nights do not equal calm nights in our house.

Either way, I'm not ashamed to share that breathing monitors give my husband and I a sense of peace at night that we'd lost. Dragon doesn't wear his anymore, but he wore his "night night belt" until he was 4. He'd known nothing else since he was 16 months old. It was completely normal for him. It's comforting to know that on awful anniversaries or days that the trauma feels fresh, we can snap it on if we need some sleep. Lamb wore hers until she was 15 months old.

We recommend the Levana or Snuza brands. They are small, reliable, and affordable. You can buy affordable replacement batteries at your local Batteries Plus store. They work best under a swaddle or pajamas with something to hold them in place.

Do you still endure random alarms? Yes. It's not perfect. Sometimes they'll roll a lot in their sleep, and it will fall off. Sometimes they'll pee on it causing it to go on the fritz. But these occurrences are rare. It goes off less than the pad he slept on at the hospital while he was being monitored. 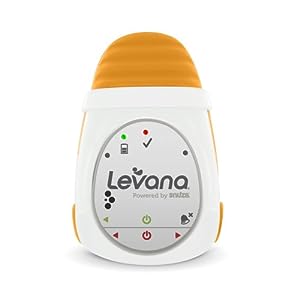 While I desperately wish we'd had a breathing monitor on Phoenix, we know that it wouldn't have saved him. That's not how SIDS or SUDC works. But these monitors can save lives, more than say audio or video monitors. We highly recommend them for your peace of mind (and hopefully a good night's sleep!).