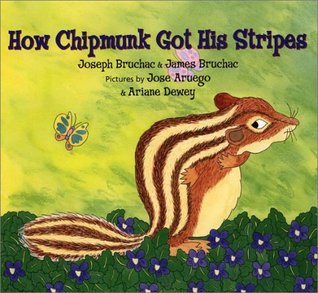 ﻿
How Chipmunk Got His Stripes: A Tale of Bragging and Teasing is an adorable battle between a boastful bear and a taunting squirrel. The illustrations are bright and cartoon-ish. The text fills half a page in Comic Sans-looking font. It might be a bit long for new readers, but the word choice seems simple enough. Adorable! 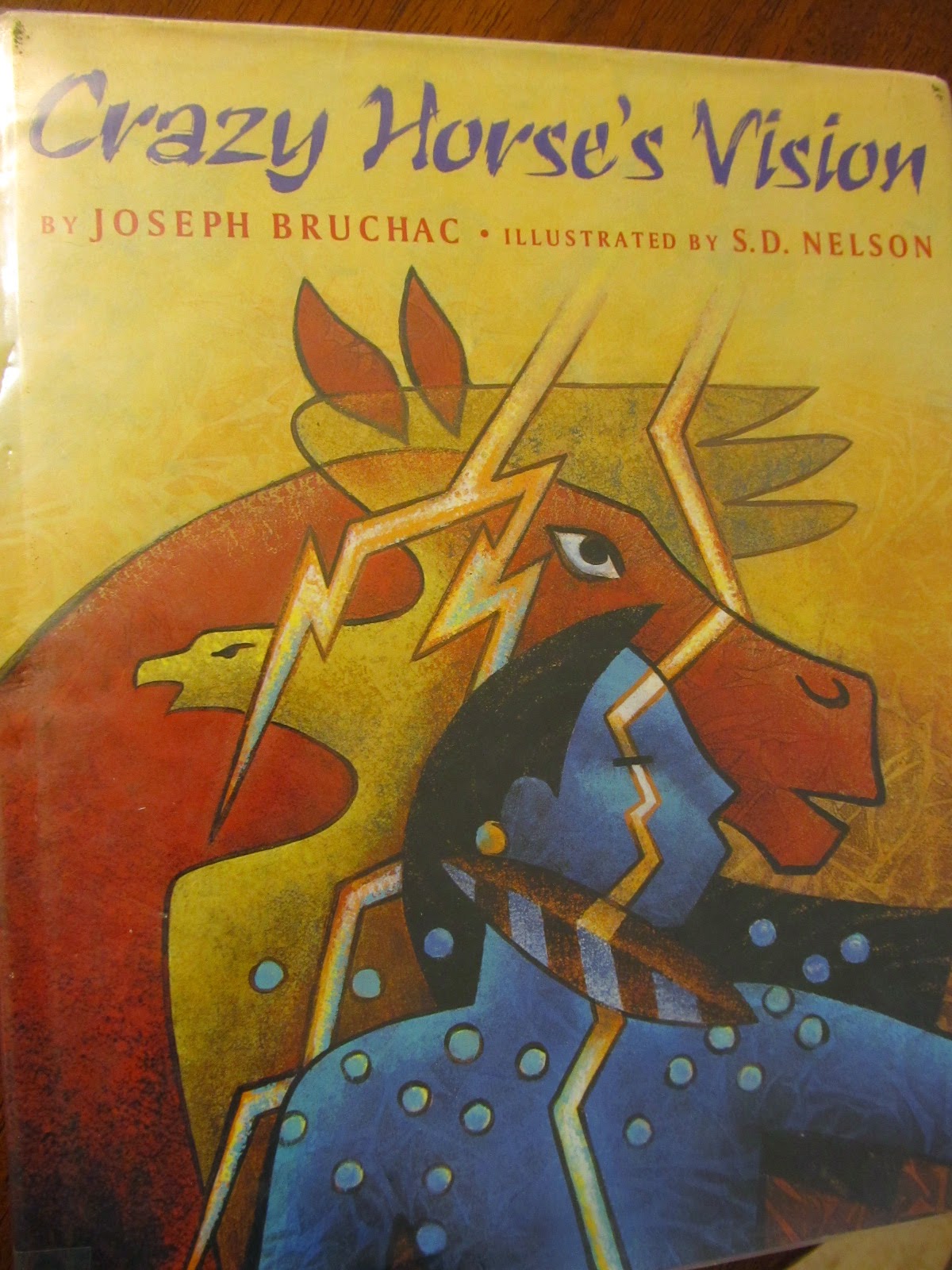 My favorite Bruchac book is Crazy Horse's Vision. The illustrations feature bold, interesting graphic designs by S.D. Nelson (more on Nelson next week). Finally a break from the ethereal watercolor look. Bruchac tells the story of Crazy Horse's early life, focusing on his childhood. As a boy, the warrior hero was called Curly. As a young man, Curly prays for a vision to save his people from the violent settlers. The result of this vision is his name change. Such a powerful story with stirring illustrations. My favorite Bruchac by far.