Writing to You From the Place of Brave

My first overseas trip was to Scotland. 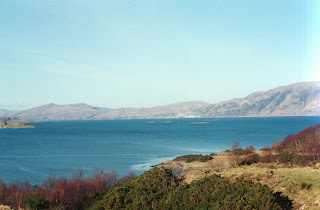 Oban, where we met Sir Richard Harris (aka Dumbledore, though at the time we only knew him from Gladiator) at a pub: 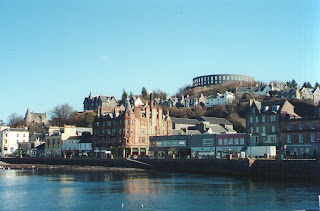 We spent the night in Dalhousie Castle, a 13th Century fortress, and looking back, the grounds were so similar to those in the Disney movie Brave. 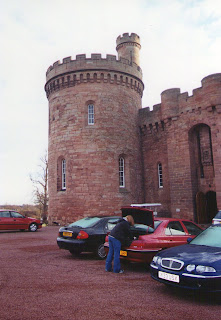 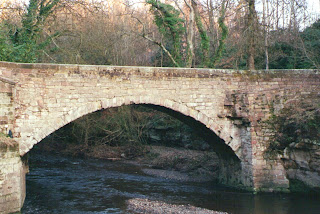 This trip down memory lane was brought to you by our friends at "Remember when you were a little girl, & you said you wanted to be a writer so you could stay home with your kids? Well, you're staying home with your kids so maybe you should get on that writing thing?" The primary problem with my childhood fantasy is that when I had two in diapers, I had about one hour a day (if it was a good day, & they both napped when they were supposed to) when I didn't have a child in my arms. And during this hour the grown-up within me felt compelled to do dishes, do laundry, pay bills, etc. Any leftover minutes were allotted to my "quiet time," as the Baptists call it, when I read my devotional, plus a few minutes to exercise and update the blog.
Since losing our oldest, I spent a year doing the work of grief. I edited a text, but I haven't had the emotional wherewithal to do much creative writing. When I try, it oftentimes spirals into re-tellings of my trauma.

I've decided to attend an SCBWI Writers' Conference again. I went two years ago, and it was divine.  The space itself was on top of a building with walls of glass surrounding the conference rooms, so while I was still cold (one always is at a conference) at least you didn't feel like a Morlock trapped underground. There were some huge names there. You'd be next to a New York Times bestseller in one session & a literary agent in the next.

We thought about how to write from "the compost of your imagination" as Graham Greene calls it. "Your past is full of stories that have been composed in a certain way; that's way memories are. But only when they decompose are you able to recompose them into new works of art." Robert Olen Butler put it in a more terrifying way, writing from "the white hot centre of your unconscious." Or as Tolkien called it, writing from "the leaf-mold of your mind."

In addition to these talks of beauty & meaning, we also heard practical lectures on revision, how to write a query letter, creating an elevator pitch, marketing yourself in an internet-driven world, etc. You could also choose to have your query letter, first page, or synopsis critiqued by the panel of experts in front of all the conference attendees. Mortifying but helpful.

Then, you could also pay extra for individual critiques. Mine went exceedingly well. The praise encouraged me, & the criticism energized me. In all, I found the weekend to be very empowering.
I'm hoping to enjoy a similar experience this year.
Please pray for bravery. I want to be brave as I craft this story. I need to be fearless to tackle this creative project on top of motherhood, grief, and a return to the classroom.

In our study of Esther, we've reached Esther's decision to approach the throne of Xerxes, where she concludes, "If I perish, I perish." Wow. That's bravery. Beth Moore reminded us that thanks to those scary angels, the most frequent command in the Bible is "Don't be afraid!" Jesus never said we wouldn't be in a scary situation, but He did say, "Take courage." He's offering it to us. I don't know about you, but I can't imagine a life without fear. Proverbs 31 instructs that we should be wives of "noble character." Apparently, "noble" translates as the same military term of "valor" used to describe Gideon. I want to be a woman of valor.

I look at that girl in Scotland so many years ago, and I want a smidgen of her courage back.﻿
Labels: Writing